Stuart Luckman has quite a unique Alpine story. 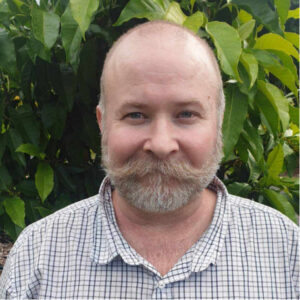 Stuart has been with Alpine for 15 years, having started out as a nursery hand studying Horticulture at Wollongbar TAFE, not all that far from our Alstonville production nursery. But! Stuart’s professional journey took a bit of a detour and one you are very unlikely to expect.

He briefly recounts his steps to where he is today. “I started as a nursery hand and area supervisor at Alpine Nurseries Alstonville. Helping out in most areas of the business, in particular production and despatch and later assisting with inventory management which then progressed to assisting with production reporting and insights.

Working through these business critical areas we identified a need to better monitor and process our integrated pest management data, so I started working with basic spreadsheets. However, it became evident rather quickly that we needed something more”.

Having explored local and international software and support networks to implement into a production nursery business, they were found to be incredibly complex, not really suitable and highly cost prohibitive.

Ken Bevan, General Manager at Alpine Nurseries approached Stuart about filling this business critical gap –
and was quoted saying – “We need you to learn another language Stuart. We need to build a bespoke, industry leading sales and inventory system to meet the needs of the business, and you’re the man to do it”. That was the beginning of a new profession and career path. Stuart became a software developer.

Having the knowledge and experience of a production nursery as well as being a Horticulturalist, he played a significant role in the development of a uniquely constructed, purpose built, industry leading operating system for the Alpine Nurseries wholesale business.

This is a great example of how opportunities and career progression at Alpine can bring out the very best in people, teasing out hidden talents and strengths such as Stuarts – despite his unassuming and modest nature. 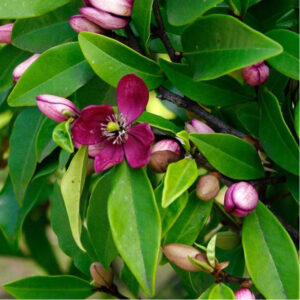 Stuart now looks after and continues to develop and evolve Alpine’s main management software as well as database administration and assisting the rest of the Alpine team with technical issues. He comments that the thing he likes most about Alpine is that it has a lot of good people, a positive work environment and challenging work – that keeps him interested and motivates him to achieve more.

When he is not busy being all things software and development, he loves going places with his daughters, cooking and gaming.

When we asked Stuart what his favourite plant was he responded with “Michelia figo, because of it’s amazing smell when it flowers.’’

* updated weekly
Get instant pricing online or if you would like to receive our trade price list and operate in the housing, landscape or greenlife sectors, please complete the 'Trade Application' form and we will email it to you.
» Download availability list

Welcome once again to Sydney’s most prestigious garden tour.

This year’s tour on Friday 17 March showcases 5 of the Central Coast’s most exquisite private gardens.

We will begin our journey from Eden Gardens and will have a Central Coast pick and drop off point. Morning Tea and Lunch will be provided.