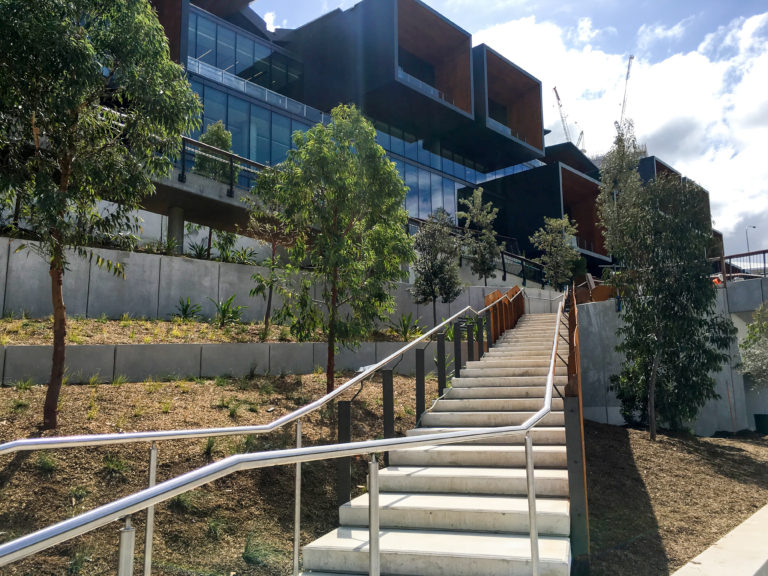 Darling Harbour is a landmark component of the streetscape and harbor foreshores of the Sydney CBD, and a drawcard tourist and convention flagship for the city. The first sprang into prominence in the 1980’s when it was overhauled from a run-down industrial and wharf zone to become a key part of the nation’s bicentennial celebrations.

Darling Harbour became a glittering precinct on the edge of the CBD, taking full advantage of its scenic harbourside location while reinventing itself as a modern tourist icon complete with an IMAX theatre, first class shopping, exhibition and entertainment precincts, and a range of 5-star hotel accommodation.

After 25 years of constant use, this new precinct was starting to look a little dated,  and was no longer topping tourist and convention destination lists. Dynamic cities are constantly evolving, and with many other redevelopment projects taking place on the Harbour  foreshore, a transformation of the precinct was announced.

At the heart of the transformation is a new world class convention, exhibition and entertainment venue known as ICC Sydney, a luxury five star hotel, and a vibrant commercial and residential urban village called Darling Square.

The public realem for the 20-hectare precinct will unite these destinations with a vibrant network of laneways, public open space and parkland. Some of these are known as ‘The Boulevard’,  ‘Tumbalong Green’ and the ‘Chinese Garden Plaza’.

Alpine Nurseries is delighted to have a role to play in this significant redevelopment project. Back in 2013, Alpine won the bid to grow and supply all trees for the Darling Harbour Live redevelopment.

Alpine has been diligently growing 239 trees to meet specific project brief and site requirements for the last three years. 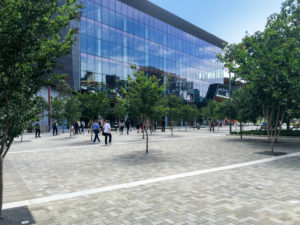 In addition to the long lead time required to meet the substantial tree size requirements, other special requirements included added spacing between the trees to encourage crown development and use of a specific potting media to mimic on-site soil conditions to help with site establishment.

Each tree was grown on oversize pallets in a bottomless plastic wrap container which allowed for an easy increase in root ball size, and simplified the installation process when onsite.

“The challenge with this project was not so much growing the trees, but delivering them. Curiously, when preparing the plants for transportation, we discovered that the root ball was softer on  the north side, and this meant that we had to transport them with the south side facing downwards to enhance stability,” said Commercial Sales Manager, Daniel Heiden.

“The growing media contained ash to replicate site conditions, but became crumbly when loading plants, so all trees had to be hand watered prior to their journey to help retain soil structure,” he said.”

“We have always supplied super advanced specimen trees, but it is only in recent years that demand for these sizes has changed from ones and twos to much bigger numbers. Big redevelopment projects such as Barangaroo, the CBD Light Rail and Green Square – all projects that Alpine have been involved in – seem to be driving demand.

Big trees create immediate impact, and this is what people are after.

The more the public sees this taking place, the more expected it becomes.

“With the Darling Harbour Live project scheduled for completion in December 2016, and the Darling Square component concluding in mid-2017, we are drawing to the end of this significant contract, and are proud to know that our trees will become an important part of the precinct’s visual identity, providing shade, amenity and abundance for visitors to the area for decades to come.”