Nicholas Parrella, Senior Project Engineer from Mirvac shares the details of the urban development at Harold Park and particularly, Precinct 5.

Once a Harness Racing Paceway and Tram Depot, Mirvac transformed Harold Park into a contemporary and elegant urban living destination, with over 1300 apartments in total. There are 232 apartments at Precinct 5 alone, with a choice of 1, 2 and 3 bedroom apartments. The project has now been completed, with final residents moving in, in May earlier this year.

“Concurrent construction of apartments, staging and the required infrastructure was one of the most difficult aspects of the project to overcome and work through” explains Nicholas Parrella.

The scope of the overall development involved the delivery of multiple stages with large in-house teams across Development, Design & Construction as part of Mirvac’s integrated model. “Some Mirvac staff have Harold Park in their blood having been at the site for 4 or 5 years” asserts Parrella.

“The architects had a vision for the site that incorporated mature planting, so we decided to pre-purchase all the mature trees from Alpine Nurseries. While we were building the site, the trees were continuing to mature and were cared for by Alpine. It meant the architects knew exactly what they were getting in terms of tree selection. Twenty-four Cabbage Palms were pre-purchased in early January 2017, then planted some 10-12 months later,” says Parella.

In Precinct 5, the large central courtyard is filled with mature specimen trees. The project also includes deciduous Magnolias, a variety of the tree fern, Cyathea, Ginkgo biloba, Pyrus, Liriodendron tulipifera and Stenocarpus sinuatus. Residents also have access to a secure, upper courtyard with grassed area and pergola overhead. Situated between the various precincts are neighbouring council-developed pocket parks, providing softer landscaping to break up the development of all 1300 apartments.

“The larger Palms in Precinct 5 are situated in a ‘deep soil zone’, which is an area of the site that bears on natural ground, a development criteria imposed across all precincts of Harold Park which enables future growth of mature trees” explains Parrella.

The biggest trees were delivered with 5-metre trunks, and these were all required to be craned into position. The Garden Makers won the landscape package for Precinct 5 and also completed works for multiple other stages for the Harold Park Development. 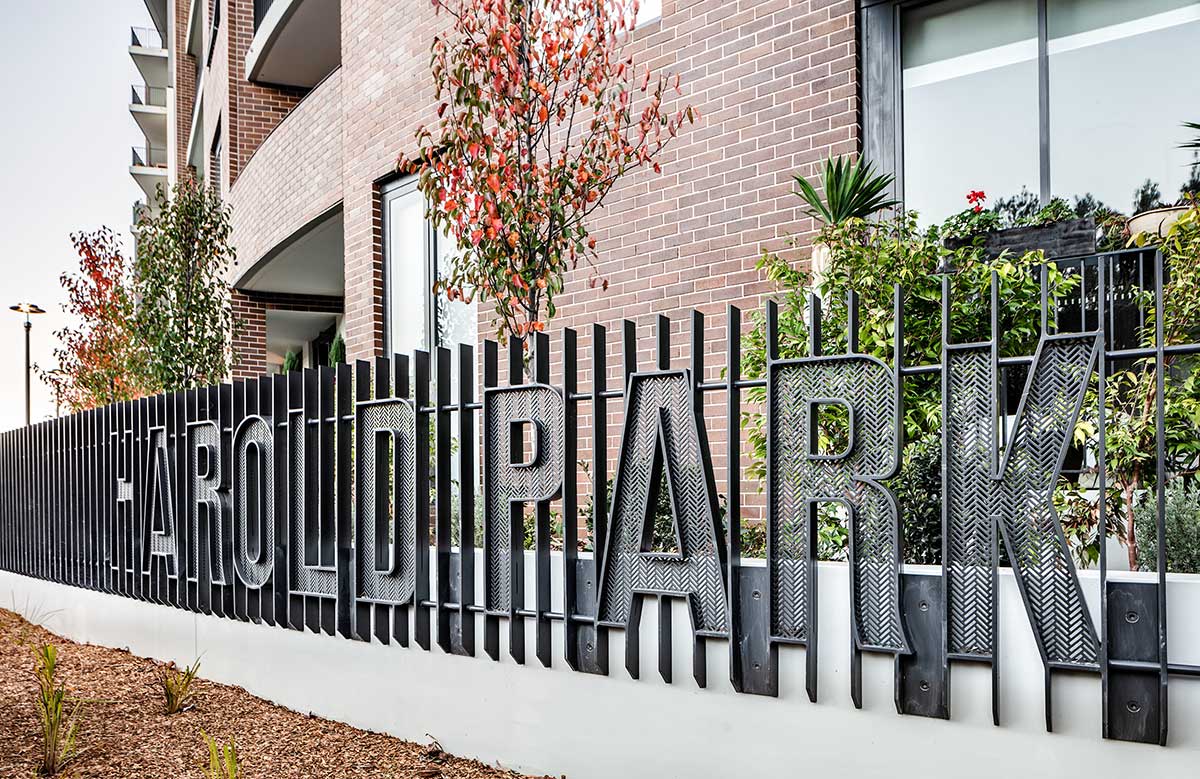 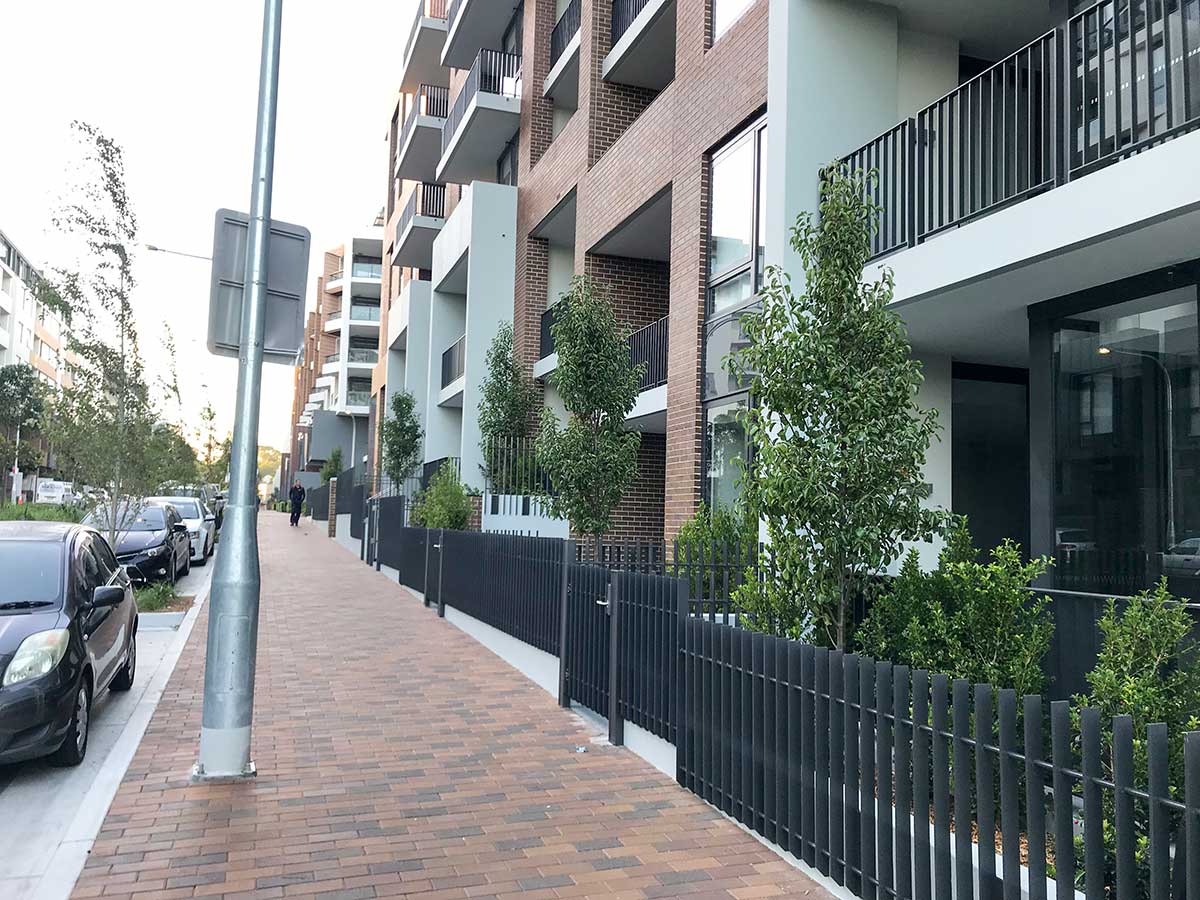 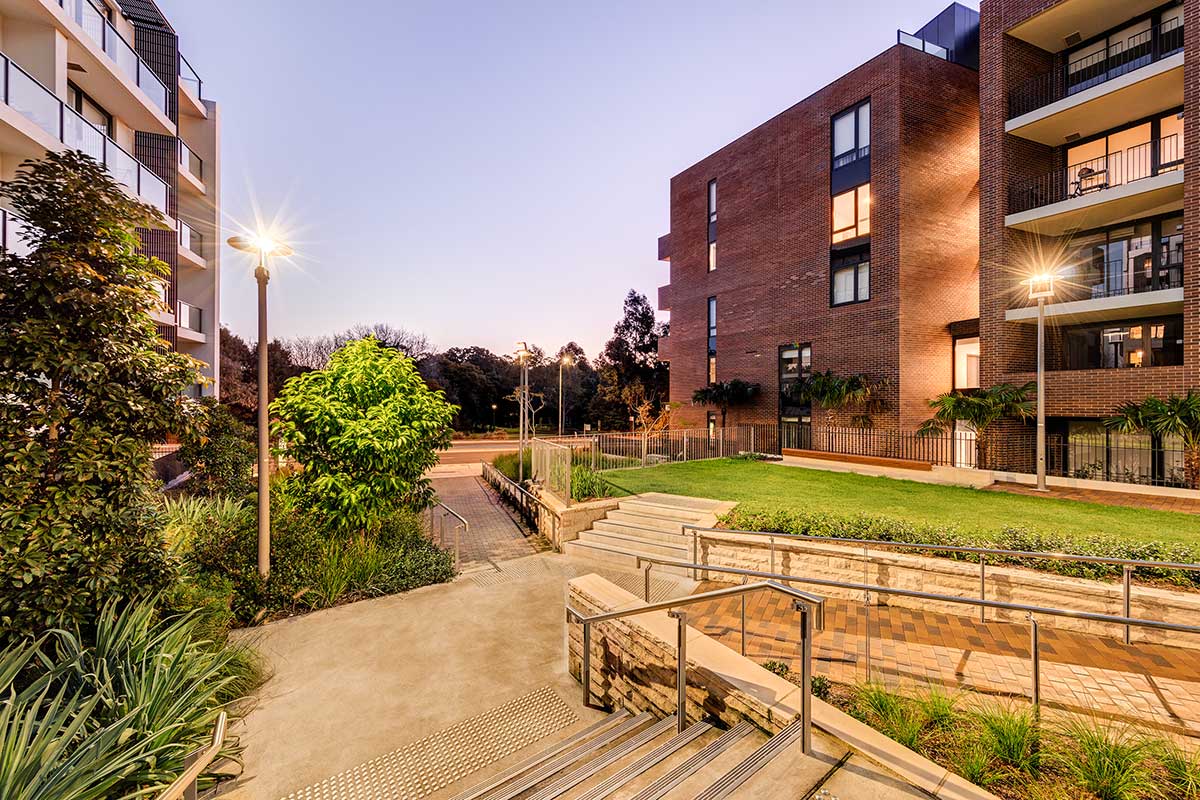 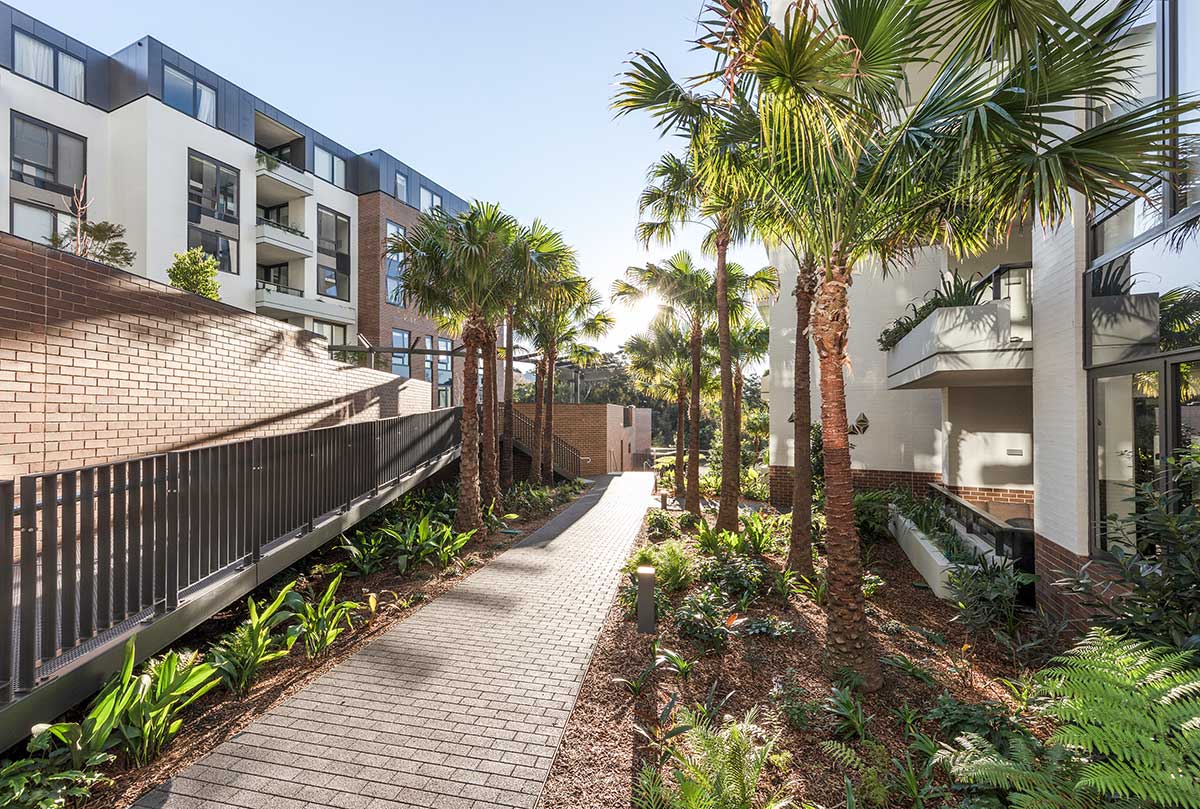 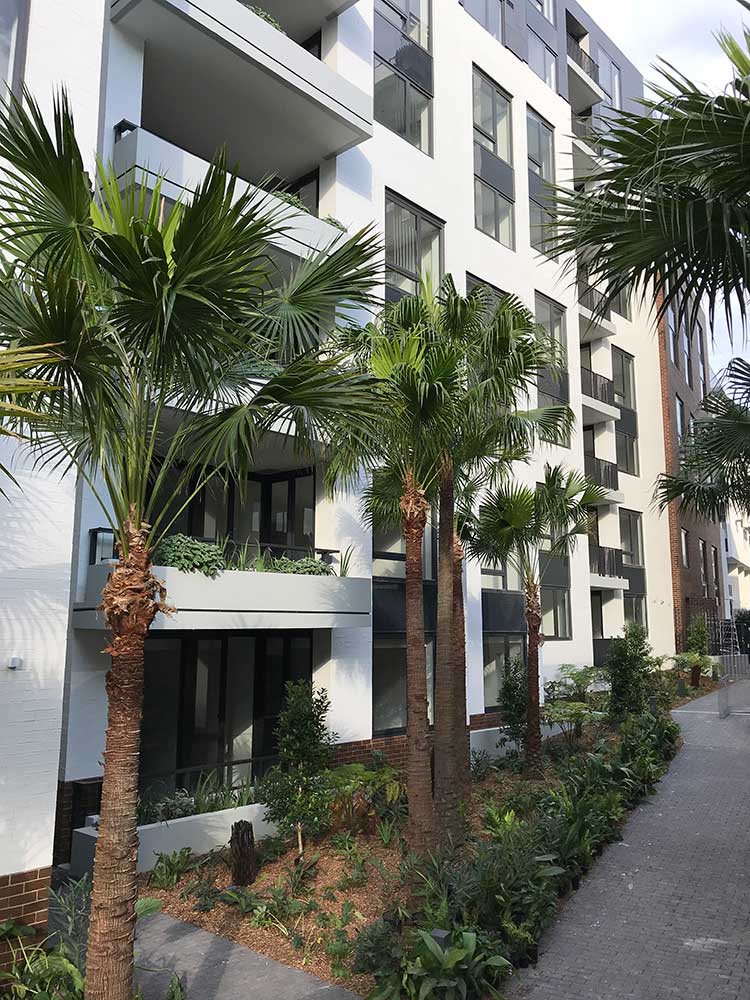 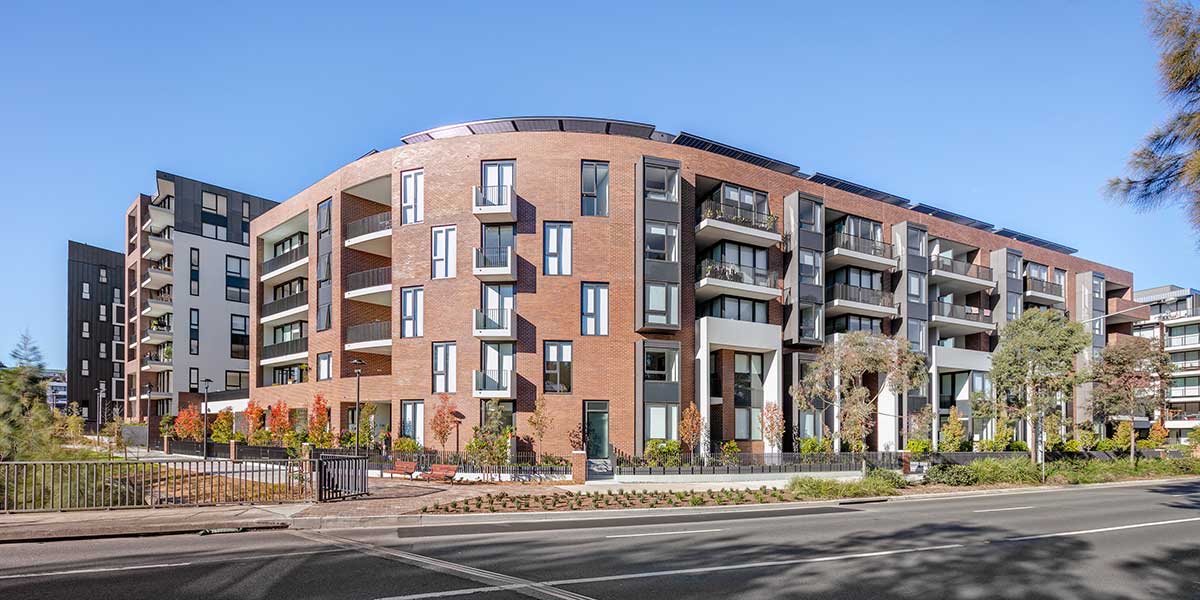